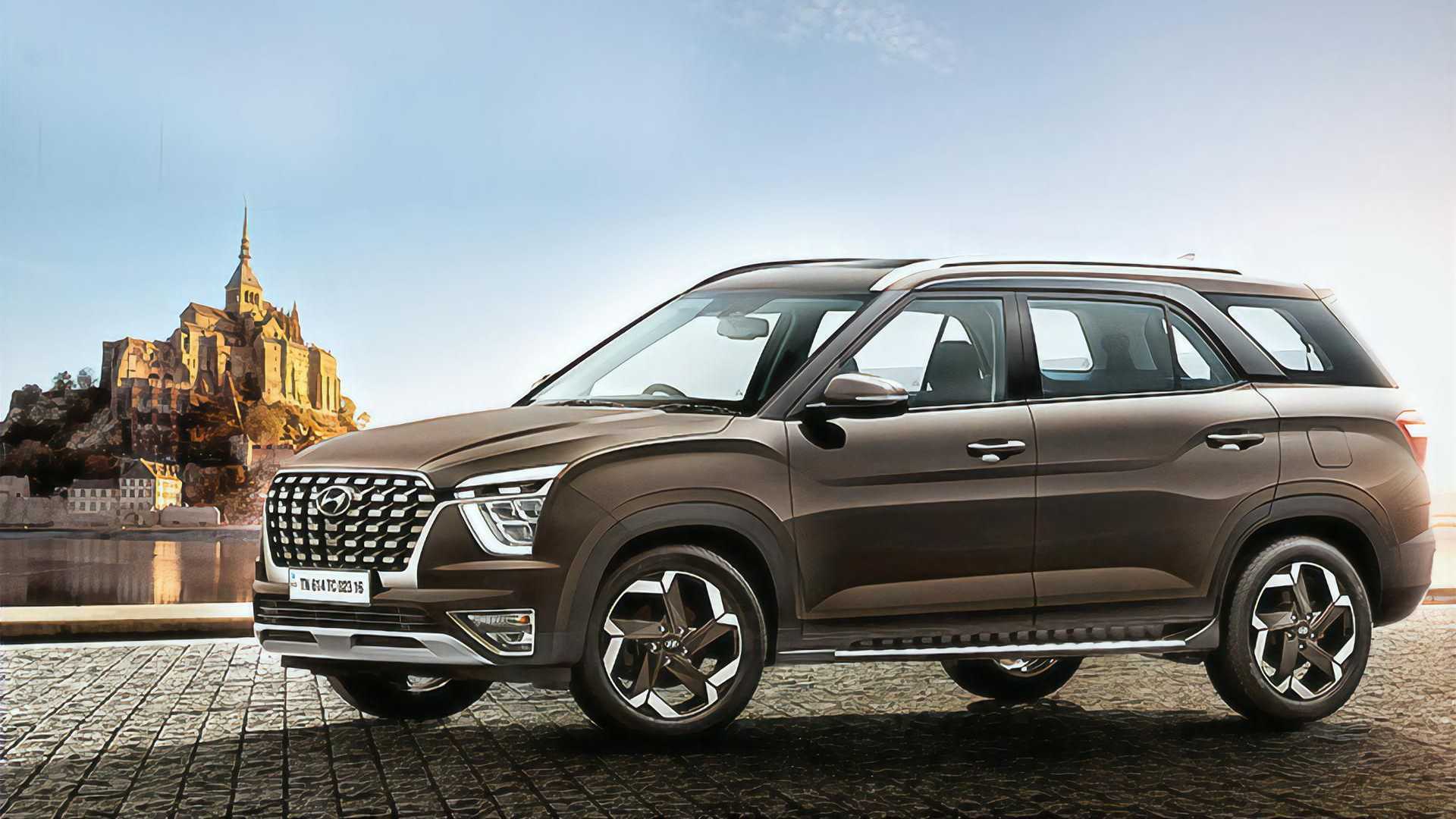 With the launch of the futuristic-looking Staria, Hyundai has pledged its commitment towards minivans despite dwindling sales. At the same time, the South Korean brand knows there’s a lot more money to be made in the SUV segment, deciding to introduce a new three-row model dubbed “Alcazar” to quench India’s thirst for sport utility vehicles.

It’s based on the local five-seat Creta crossover and features a stretched wheelbase to accommodate the third row. It measures 2,760 millimeters (108.6 inches) between the axles or 150 mm (5.9 in) more than the Creta and features a slightly elongated rear overhang to make the rearmost seats comfortable to use.

While the doors, hood, and front fenders have been carried over from its smaller brother, Hyundai made the effort to change the grille by giving it a glitzy pattern. The rear quarter glass is also new and the chunkier taillights reflect the Alcazar’s larger footprint. Faux brushed aluminum skid plates at the front and rear emphasize the vehicle’s SUV nature.

The most obvious changes have occurred inside the cabin where the Alcazar can be ordered with a six-seat layout, in which case the second row has a pair of captain’s chairs. There’s also a seven-seat variant with bench seating in the middle, with both configurations benefitting from a one-touch operation to fold the second row and ease access to the rearmost seats.

In regards to the level of equipment, the new Hyundai Alcazar has everything you’d want from a mainstream SUV, including a 10.25-inch touchscreen, panoramic sunroof, wireless charging, automatic climate control, digital instrument cluster, and a 360-degree camera. The third-row seats fold down completely for added storage capacity and also have a 50:50-split layout.

Scheduled to go on sale in India next month, the Hyundai Alcazar is going to face some stiff competition in the world’s second-most populous country by having to battle the likes of the Tata Safari, MG Hector Plus, and the next-generation Mahindra XUV500.

Report: Apple and Hyundai-Kia Near Deal to Construct Automobile in U.S.