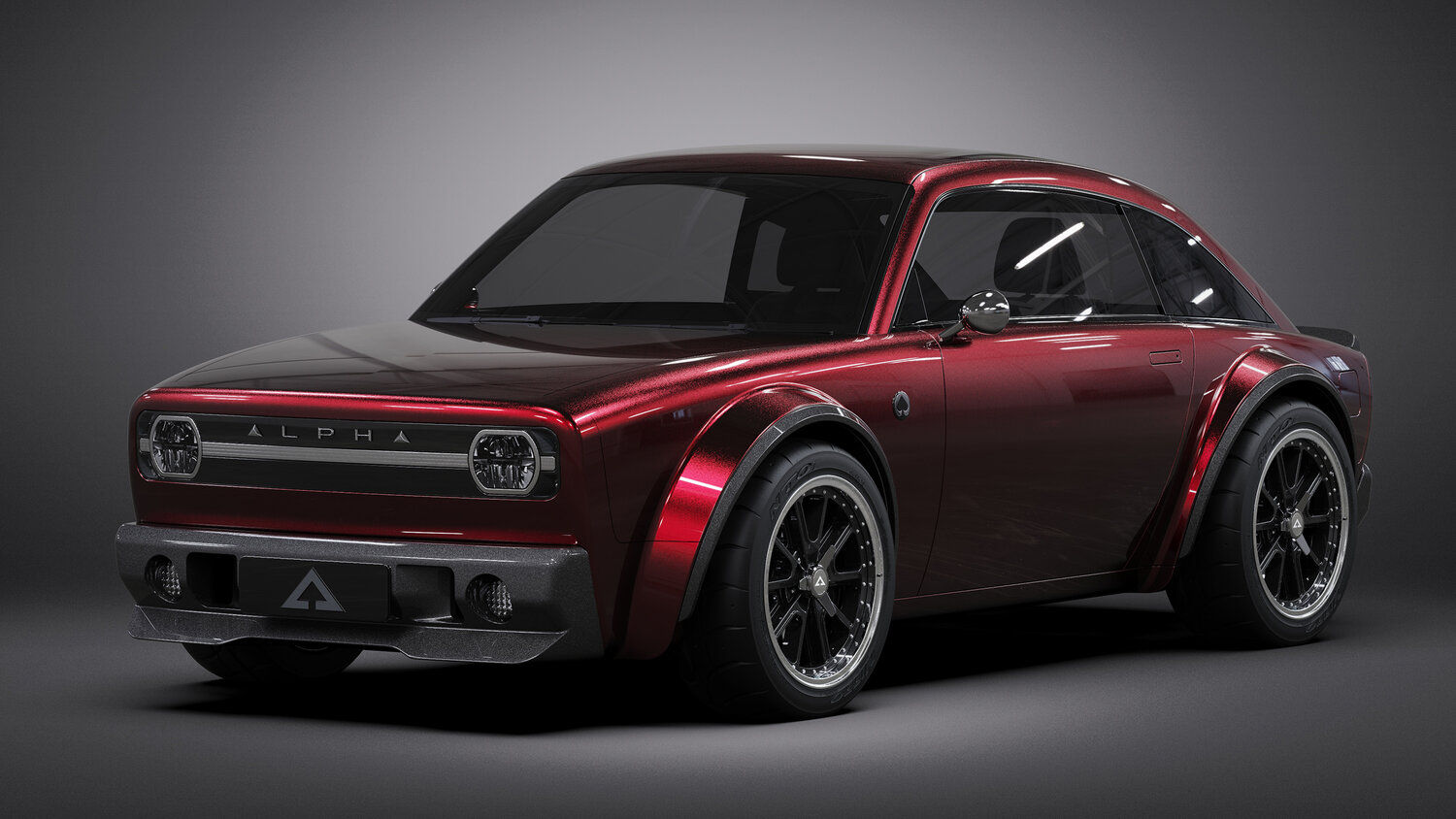 (By Tom Lohnes) – In the upcoming world of EVs, “coolness” isn’t a word used a lot in the design process, well, yet another EV startup has emerged, and they bring the cool factor into the electric world. Meet Alpha.

With models going on sale this year, Alpha has 5 models ready to go. With a starting price of $32,000, the Alpha Ace is an electrified spin on the compact sports coupe. With dimensions similar to a BMW 2-series, this small 2-seater has a single rear-mounted electric motor that makes roughly 300 horsepower. That 300 horsepower will propel the very nicely equipped Ace to 60 in an estimated 3 seconds. Range varies depending on model, with the very base one able to go at least 250 miles. 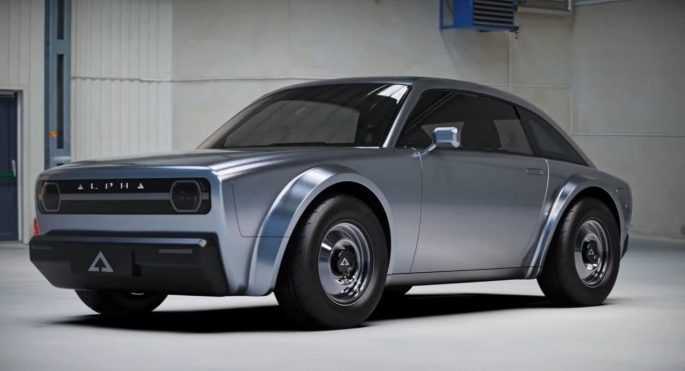 If you want a sharper 2-door EV, then Alpha has you covered with the Ace performance edition. Pricing is not confirmed, but what is confirmed is the 2-motor AWD system and 4.6-second 0-60. Range is a little less than the standard Ace, but 220 miles at the very least is more than enough. 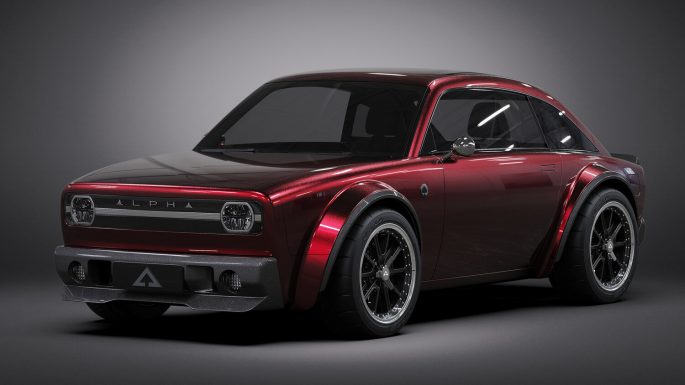 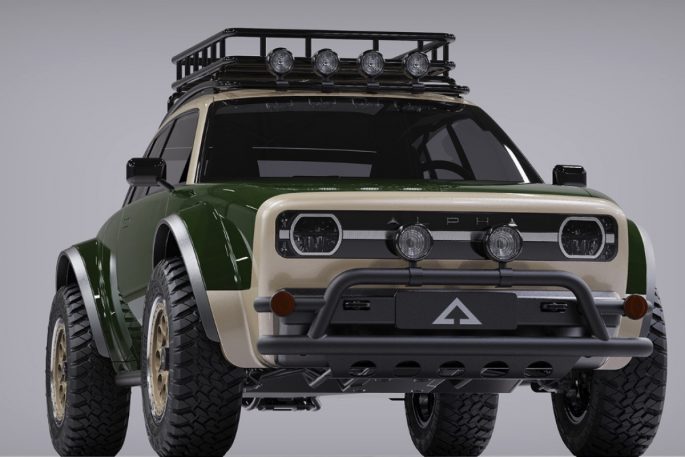 If you’re interested in Alpha but have a family, meet the Jax. The Jax is a very simple formula: A stretched, lifted Ace with rear-hinged back doors and an estimated range at more than 250 miles. Single-motor FWD is standard, but you can opt for AWD at launch. This is likely a competitor to the Chevy Bolt EUV, and this is a whole lot cooler than that. Pricing ranges from $38,000 to $48,000

Up next is my personal favorite, the Alpha Wolf. With hints of 1990’s Toyota pickup, this off-road EV starts at a rather low $36,000. The only configuration so far is single-cab short bed, but expect a 4-door in the future. Much like the Jax, FWD is standard, but a 50/50 split AWD is optional. 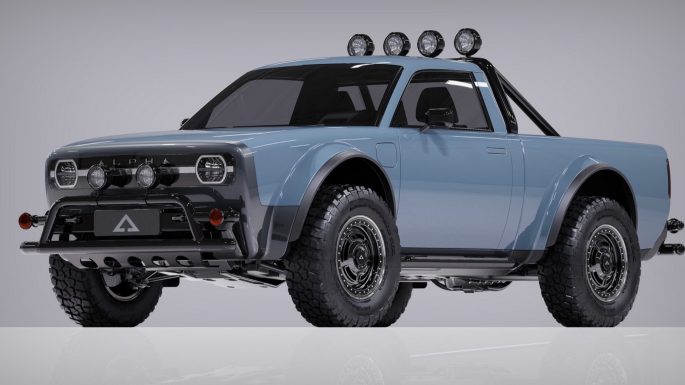 Not quite released yet, the Alpha Icon appears to be much like the old VW bus: Very configurable. There looks to be both a pickup model and a Van model in the taser images, but no one is quite sure yet. 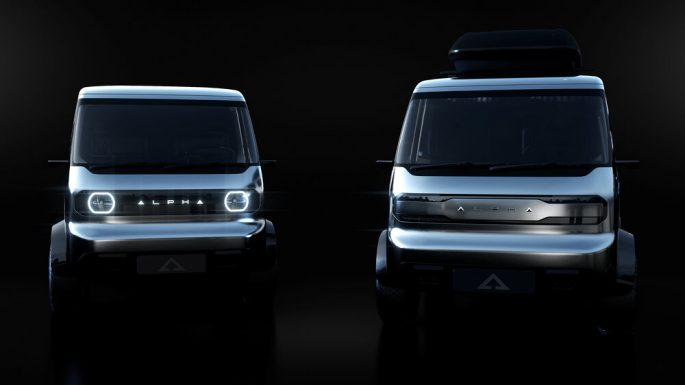 So, what do you think of Alpha? I really think this company has some great potential, and the whole lineup are fantastic alternatives to comparable models from more established marques.