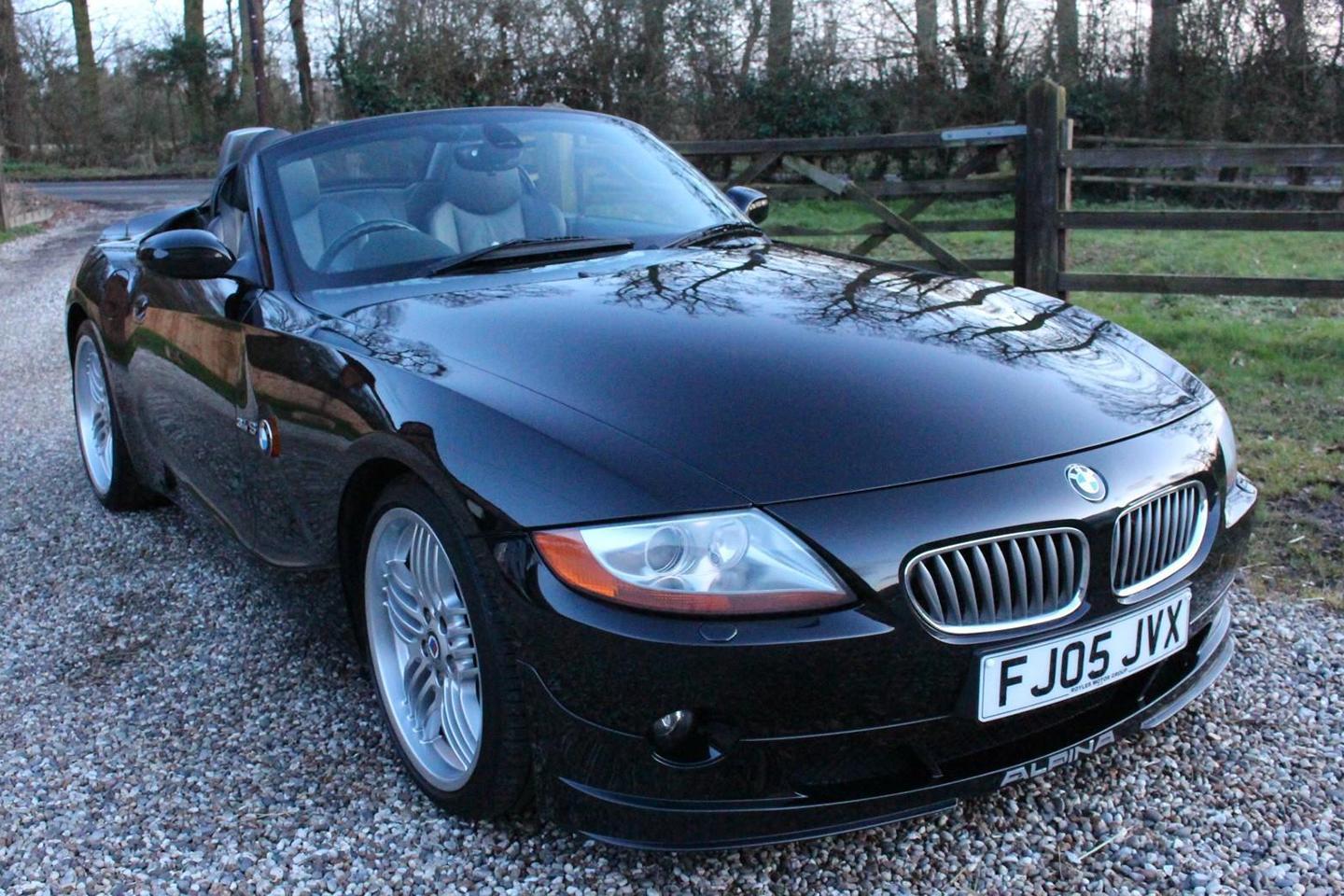 It happens every year: the clocks go forward, the sun rises from its winter slumber, temperatures climb a fraction… and we all start thinking about buying a sports car. As sure as night follows day, convertible interest comes immediately after a few days of nice weather. And why wouldn’t it? There’s little to beat the joy of wind in the hair motoring, especially if there’s a great engine accompanying the experience. Given how bleak the past 12 months has been, too, there’s never been less excuse required to seek out a summer drop-top.

So how about this? It’s an Alpina Z4 Roadster S, based on the original E85 generation and said to be one of just 167 right-hand drive cars ever produced. Interestingly, despite BMW’s history in convertibles, this was the only Z4 that Alpina expended any effort on, and one of just three it’s ever turned attention to – the others being the Z8 and the Z1. It seems unlikely that another will happen now, either, given Alpina’s push further upmarket in recent years. So this is going to be comfortably the most affordable way into an Alpina cabrio, as well as a very rare Buchloe ‘bahnstormer.

This was not simply a cosmetic exercise, either; derived from the 3.0-litre Z4, the Roadster S was fitted with Alpina’s 3.3-litre straight six, itself an evolution of BMW’s S52 3.2. Specific hardware included Mahle pistons as well as Alpina’s own head and crank; the E5/2 revved to 7,300rpm and made its 300hp power peak at 6,300rpm. A little less frantic than the Z4 M, then, but hardly lacking in a fairly compact two-door sports car.

It was manual, too, quite remarkably. Instead of Switchtronic auto used in most of Alpina’s cars at the time, a close ratio six-speed ZF was fitted. All prior to the ‘official’ Z4 M, it made the Alpina rather enticing. At least, it did for a while: Roadster production only lasted a couple of years before BMW ceased building the blocks from which the engine was built. Just as Z4 M production got underway. Convenient…

And although the Roadster was not remembered as an Alpina great – in much the same way as the Z4 isn’t an M icon, as they both had less than perfect dynamics – it’s easy to see why you might be interested more than 15 years later. After a tough start in life, the first Z4 is looking better than ever, and the Alpina add-ons here only help its cause. It’s dramatic without being over the top, and surely more eye catching than a contemporary Boxster.

As you might expect for a car as relatively niche as the Alpina Z4, this one seems particularly well cared for; it’s covered 66,000 miles since 2005, with an almost immaculately presented hood, interior and set of wheels. Even in a subdued colour combination, the Z4 looks fantastic.

It’s for sale at £18,450; while that’s more than a comparable Z4 M might cost you – this one is £18k with half the mileage – those cars are obviously much more common. Furthermore, the more relaxed demeanour of an Alpina may well suit the fast Z4 idea better, given the car was always a bit more cruiser than corner carver. As a rare, stylish, fast drop-top to enjoy the summer in – with a great straight-six, too – it isn’t hard to see why the Alpina might prove tempting.

The BMW M3 Competition Is Lighter Than Claimed Because Politics

Cruise self-driving vehicles not want a security driver in California