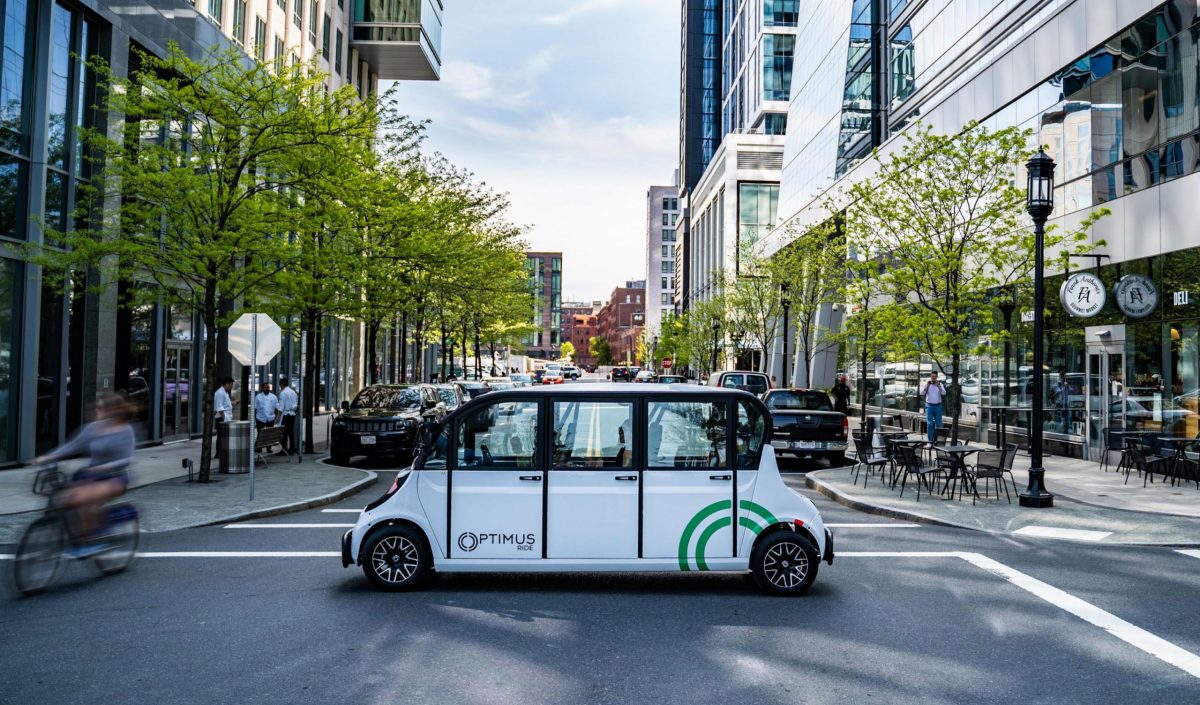 The rise of smart cities and autonomous vehicles is fundamentally changing interactions between private and public actors, posing new considerations for data sharing between the two. By Christian Theissen

New mobility concepts will change the role of public actors

The common denominator of all the definitions of ‘smart cities’ is that technology and data are used to fundamentally affect the lives of the inhabitants. Thus, the large amount of collected data is essentially made centrally available to organise the city’s infrastructure and services. In this regard, the topic of mobility is a perfect example to show the increasing convergence of the actors’ roles.

In the past, the largest mobility-related disruptions have typically come from the private sector, with private companies leading the way in terms of new taxi services or autonomous driving innovation. The public sector was—and often still is—trying to keep pace and regulate these activities.

Alongside this hype, there has been a parallel development that has received less attention: the offering of existing and new mobility services (such as ride-sharing) through new mobility platforms. The basis for this has been a behavioural shift in many metropolitan areas. As owning a car becomes less important there, many people increasingly view mobility as a service: it must be flexible, easy to use and always available.

Consequently, mobility is gradually moving away from the ownership-model to the provision-of-service model (also known as mobility as a service or MaaS). While many current MaaS-projects focus on public transportation, such as trains, metro lines, and buses, the (near) future of MaaS will include electric and driverless shuttles and cars. This trend is also receiving strong government support as it offers a solution to the problems in many metropolitan areas: high emission levels and the unavailability of land that could otherwise be used for housing or enhancing the quality of life. As autonomous driving, electric vehicles, ride-sharing, and smart cities converge, the current interaction between private and public actors is being fundamentally altered.

The cooperation model of the smart city

In today’s market, service providers in the context of mobility tend to operate independently from each other. They cooperate predominantly for the purposes of strategic partnerships that are mainly profit-driven. The biggest challenge for MaaS, is the alignment and integration of the different service providers, as well as the use of their individual data around customer information, infrastructure status, and capacity. The necessity to share this data with the smart city, as the platform operator, (and to some extent other actors) is one of the key changes to the actors’ interaction.

In smart cities, the power of public actors is now set to increase. This is because until now, public actors’ tasks in many countries have been focused on creating a legal and administrative framework for mobility. While there are, of course, public service operators, they have generally played a lesser role than private operators.

In smart cities, there will be less of an uninvolved coexistence of service providers. Instead, smart cities will have a central system in key areas to make organisation and data processing more efficient and enable new services. In this new structure, the public actors take the central position. They will often be at the same time the legal and administrative framework provider; one of the main actors; and the final decision maker on which other actors can offer their services in the system. While they will of course need private actors as partners, in many projects such convergence will affect the actors’ interaction and competition.

This increase in power of public actors will, therefore, often lead to changes in the business model for private actors. In some regions, the possibility to participate in the smart city project will be dependent on providing one’s complete project-generated data. In regions where the public actors’ power does not go that far, data will increasingly become a currency. For example, new financing structures and new models of profit sharing will be offered to incentivise far-reaching data sharing.

Autonomous driving: ushering the way towards the smart city

However, the increased use of autonomous vehicles will also require robust cyber security measures and smart cities will need to integrate cyber security safeguards in their infrastructure. In addition, each vehicle will operate in concert with the city’s infrastructure, as well as every other vehicle on the road. Therefore, smart cities will have to provide an environment that is both (cyber) secure and functional to ensure constant communication between the different traffic participants.

In 2017, Germany introduced the Law on Highly and Fully Automated Driving, allowing drivers to divert their attention from traffic while using automated driving systems. On 15 March 2021, the German government proposed a new draft bill on autonomous driving to the Parliament to advance the regulatory framework and shift the focus from private ownership of autonomous cars to the public operation of people movers. In this next step towards autonomous driving, fully autonomous shuttles will be able to be used in defined operating areas on public roads (i.e., SAE Level 4).

Unlike under the current law, this will be without a physical driver present in the vehicle. This use is also not limited to testing but will explicitly be available for regular operation on public roads. Under the new draft bill, control over each autonomous vehicle will be exercised by a remote technical supervisor, a person who can disable or enable driving manoeuvres from outside the vehicle. They are not, however, required to continuously monitor the vehicle that is in autonomous operation.

As autonomous driving, electric vehicles, ride-sharing, and smart cities converge, the current interaction between private and public actors is being fundamentally altered

In the bill’s explanatory note, the government also refers to enabling autonomous driving for various mobility sectors. For example, in addition to logistics, the government mentions many services that will be offered in smart cities such as trips between medical care centres and retirement homes; service and supply trips for people with limited mobility; company shuttles for employee transportation; and smaller and larger vehicles in public transport to cover various passenger transport needs in municipalities.

In line with these smart city use cases, the government’s stated goal is that these vehicles ”not only increase traffic safety and efficiency, but can also achieve positive environmental effects. Technological progress will also have an impact on the day-to-day life and provide a new impetus to the economy.”

The implementation of such concepts of autonomous shuttles in smart cities will lead to the above-mentioned convergence. Moving forward, public actors will continue to set the legal and administrative framework, which includes the requirements for the shuttles to get a type approval and operating permit. However, in addition, the public entities will also then act as service providers, that own, maintain, and operate these shuttles. Finally, due to the public entities’ central role in smart cities regarding infrastructure and data, they will also become or have significant influence over the “supporting actors” (the internet/telecommunication providers necessary for the safe operation of the shuttles).

Given this, the number of actors who compete, have access to data, and could be liable in case of an accident, will reduce. However, even when the autonomous shuttles are operated by a private actor, with the cities’ access to data and their increased role, the interaction between the involved players will be influenced moving forward.

About the author: Christian Theissen is a Partner at White & Case

Report: Emissions beneficial properties from EVs in 2020 have been canceled out by added...