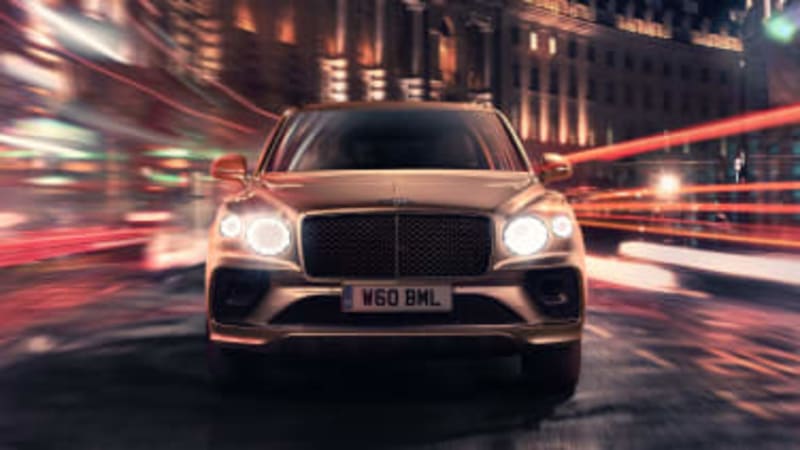 The first electric Bentley is going to be an SUV, and it will arrive in 2025, according to a report recently published by Car Magazine. It will also be an Audi collaboration, but this second bit of news comes as very little surprise given the companies live under the same roof in the VW Group.

That’s a pretty telling suggestion, and considering the Bentayga’s success, Bentley is smart for heading down the crossover/SUV path first.

The next question we have concerns the vitals of the car. What will underpin Bentley’s first big, electric effort? It appears as though Project Artemis is the answer. We’ve seen rumors and reports flying around about this Audi-led project previously. It’s been suggested that both Bentley and Porsche would be taking a bite, and these previous reports are ringing true.

“With our current cars, we had to get into the engineering largely after they [the platforms] had been done,” Hallmark told Car. “The difference now is that with Artemis we’re right in there at the beginning, helping define it. We’re not leading it, but we’re going to be a beneficiary of it”

Audi has previously said the Artemis project/platform would be ready for prime time by 2024, so Bentley clearly already has its foot in the door if it intends to release a car in 2025 on the same chassis.

“Looking forward to electrification, we’re going to have closer synergies with Audi,” Hallmark said. “But we will continue to have strong relationships with both brands [Audi and Porsche], and we see this as an opportunity, not a risk. No question – we are electrifying. And we need to find the best way to fast-track that, and to lead the technology charge.”

Advanced Level 2 autonomous tech is expected to land with this platform, and we suspect there will be many other enhancements made even above and beyond what is currently possible with the PPE platform (underpinning both the Taycan and E-Tron GT). Artemis is also a project designed to yield much larger electric vehicles than what the VW Group currently has to offer. That fits Bentley’s vision of a flagship SUV, and it’ll also work nicely with a giant Audi offering.

The 2025 target is still years away, and between now and then we expect to see more partial electrification of Bentley’s lineup in the form of plug-in hybrids similar to the Bentayga Hybrid before the scheduled full EV switchover finally happens by 2030.

Verify Out The Ford Splash and the Pontiac Stinger

Refreshed Genesis G70 to Drop the Handbook, of Course – The Fact About Automobiles