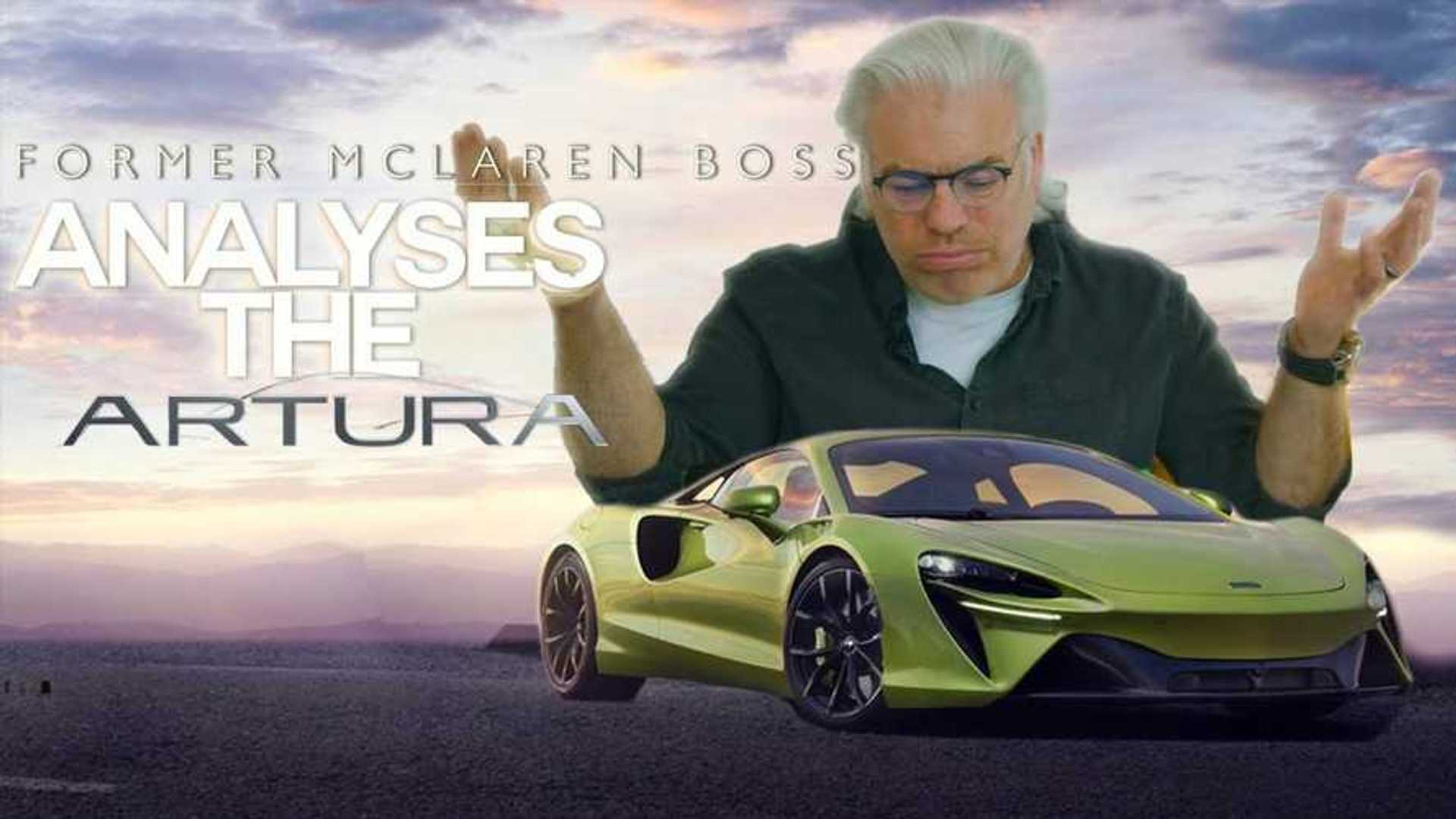 The McLaren Artura is the brand’s first series-production high-performance hybrid. It also inaugurates the new McLaren Carbon Lightweight Architecture (MCLA), designed specifically to accommodate hybrid powertrains. With its superformed aluminum and carbon fiber, McLaren was able to keep the Artura’s weight to a minimum despite having shapely proportions.

With that said, how does the Artura’s design fare in the eyes of the former McLaren design boss Frank Stephenson?

For the uninitiated, Stephenson was the Design Director at McLaren Automotive from 2008 to 2017 wherein he created a new design language for the British automaker and created the new range of McLarens, namely the MP4-12C, P1, 675LT, 570S, and 720S.

Based on the video that we embedded on top, Stephenson pretty much gave the Artura high praises for its stunning design and progressive looks. He liked the cohesiveness of the new supercar with the McLaren lineup. He notably loved the Artura’s side profile, as well as the rear end, which he called the money shot.

But it wasn’t all praises for the newest McLaren. Stephenson criticized the name, and there were parts of the vehicle that he felt strongly about such as the recessed black area near the headlights, as well as the short DRLs and the air vents on the front fenders.

There were other minute improvements he wanted to employ design-wise, but we’ll leave out the details for now. Overall, Stephenson gave the Artura a solid 8.5 out of a perfect 10, for the reason that he sees it as an evolution and refinement of the McLaren 570S. As such, he left out space for further refinements in future iterations.

How about you? Do you agree with Stephenson’s opinions on the Artura’s design? Let us know in the comments section below.