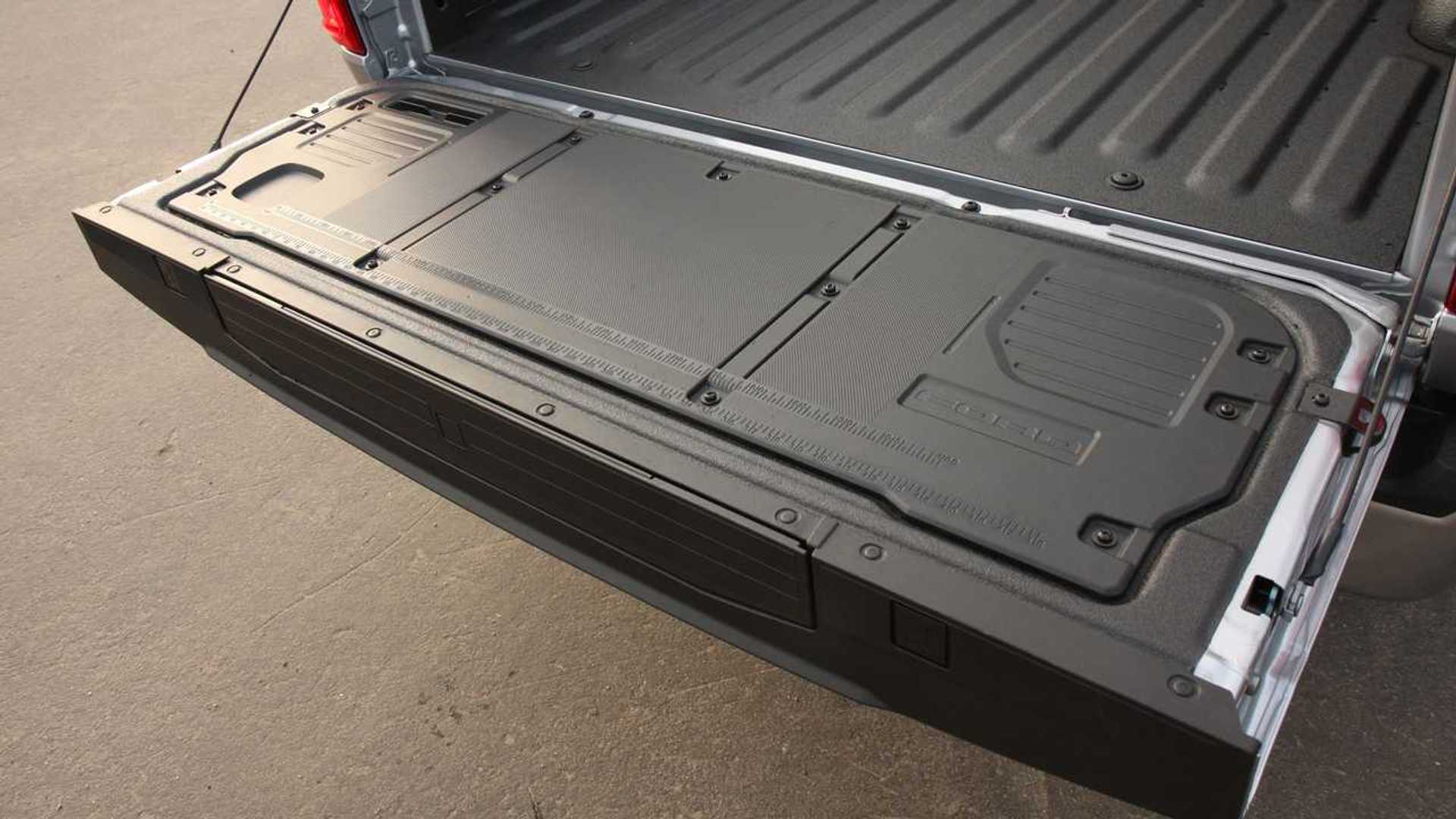 When the 2021 F-150 was launched, Ford defined that it has a considerably extra conventional tailgate design in comparison with its rivals as a result of that’s what the customers wanted. The format of the brand new truck provides an area for jobs like chopping lumber and making measurements, for instance. Nonetheless, it appears that evidently the automaker might lastly be into one thing extra superior.

A current United States Patent and Trademark Workplace submitting by Ford, dropped at our consideration by MuscleCarsAndTrucks, reveals the corporate might be engaged on a brand new and extra subtle design for the tailgate of the F-150. The Ford Flexbed patent is described as an “organizational system for cargo space of automobiles” which makes us consider Ford is lastly cooking up a rival for the GMC’s MultiPro and Ram’s Multifunction tailgates.

The submitting doesn’t reveal a lot, although we all know it was made on February 17. There aren’t any drawings or sketches out there and it’s tough to inform what’s hiding behind the Flexbed identify. The choice for a brand new tailgate appears fairly believable to us however our supply says there is likely to be one other reply to the query of what’s the Flexbed.

MCAT says the submitting might trace at a brand new cargo storage system. The publication notes it might be a rival to the Ram Field cargo storage system, which makes use of lockable storage containers constructed into the edges of the truck’s cargo mattress to hold instruments and tools.

At this level, all we are able to do is speculate. We don’t like speculations although, so we’ll depart it to you to try to predict what kind of function this trademark is referring to. If you need our two cents, we’re doubtless speaking a few new tailgate design as a report from August last year hinted there could also be a MultiPro rival coming quickly from Ford.

Ken Miles’ Mustang GT350R is most precious ever

TTAC’s Finest and Worst Autos of 2020

Engineering Defined Breaks Down the Ford Bronco’s Crawler Gear and Teaches You About Gear...