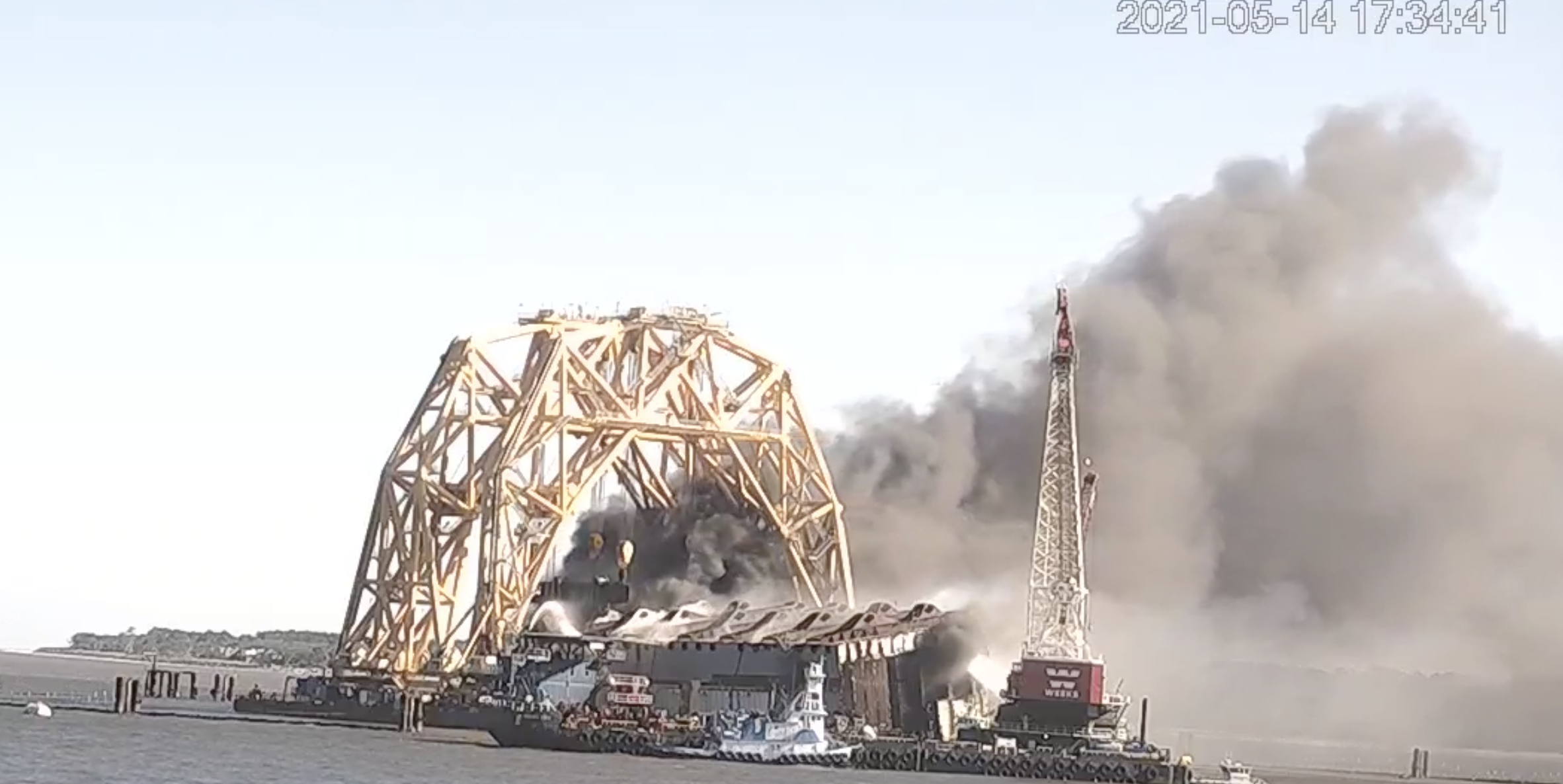 Thick black smoke billowed out from the Golden Ray shipwreck on Friday afternoon as it sat half-salvaged off the coast of St. Simons Island, Georgia. The Golden Ray is the ship that capsized in September 2019 with more than 4000 new vehicles inside.

Coast Guard Petty Officer Michael Himes, a spokesperson for the St. Simons Incident Command, says the fire started as crews were testing fire suppression systems while preparing to cut into the third of the ship’s eight sections; four sections have already been removed. This is the first time that a major fire has broken out since the salvage operation began, and it dwarfs the fires that broke out during the ship’s capsizing.

The exact source of the fire is unknown, though Section 3 does comprise the ship’s engine room. What’s more, unified command officials reckoned during an April 26 briefing that there could be as much as 44,000 gallons of fuel while gaming out worst-case scenarios; more than 320,000 gallons had been siphoned out before cutting operations began. Also: only 1000 cars aboard the Golden Ray have been removed from the wreck site in total.

All nonessential responders have been safely evacuated from the VB-10000 “crane-saw” catamaran, which is just upwind from the heaviest smoke and the most essential instrument in the salvage operation—as it lifts and cuts the ship. No injuries have been observed. Crews continue to fight the fire with seawater from a flotilla of tugboats against winds that had been forecasted at 20 mph.

This content is created and maintained by a third party, and imported onto this page to help users provide their email addresses. You may be able to find more information about this and similar content at piano.io