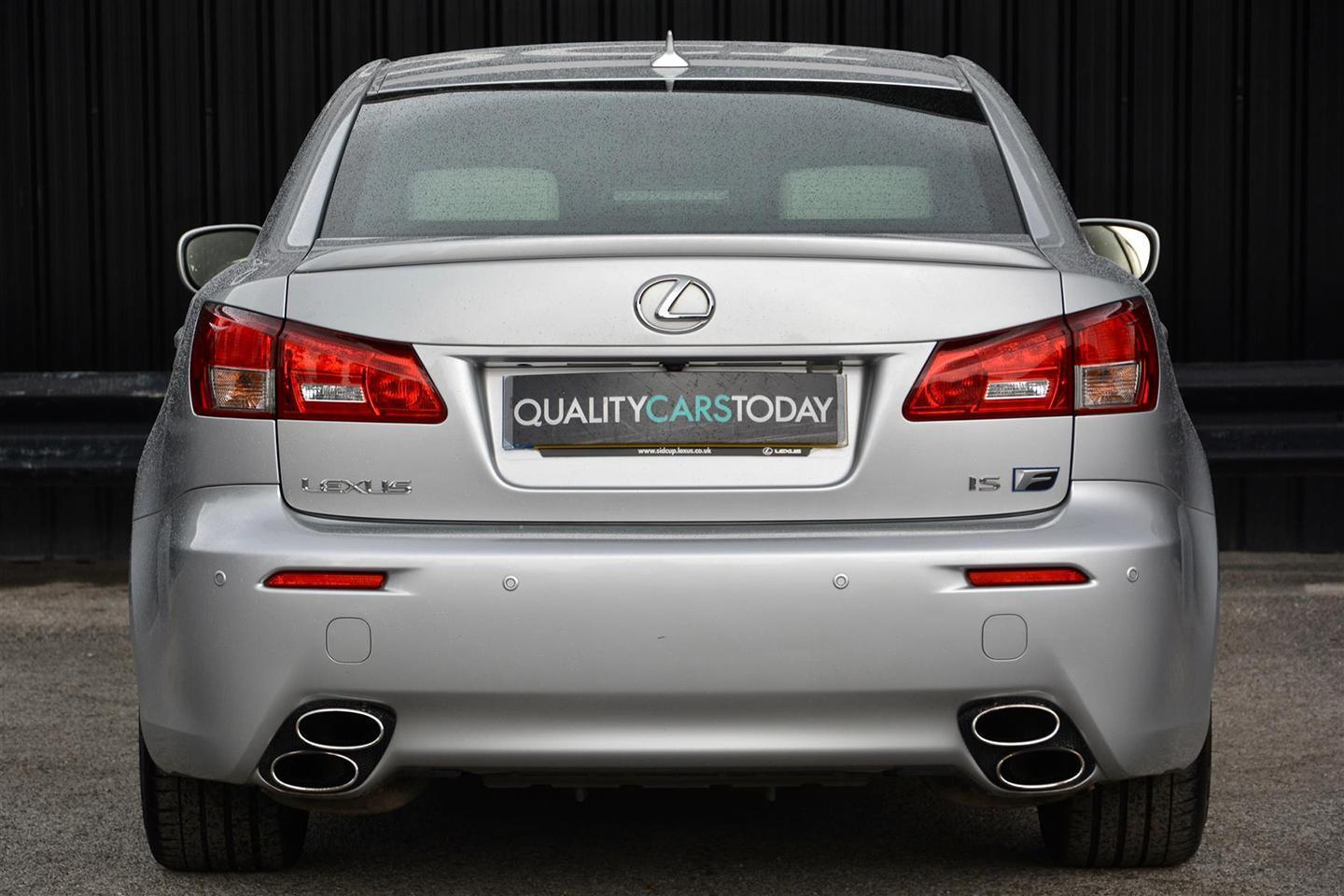 Typically, it’s American car enthusiasts that are jealous of their European counterparts and the cars kept from the US. More recently, however, the tables have been turned, with a glut of really exciting fast cars that will remain Stateside. Think Mustang GT500, Cadillac CT5-V Blackwing, Hyundai Veloster N and so on. Maybe even the Ram 1500 TRX, for those with the space. And the fuel money.

Now there’s a Lexus to add to that list – the IS 500 F Sport. Described by its maker as boasting “the perfect balance of sportiness and sophistication” to be nothing less than “the best IS to date”, the F Sport utilises the naturally aspirated 5.0-litre V8 familiar from the LC. With the same outputs as that car – 478hp and 395lb ft – plus a moderate 65kg penalty over the V6 model, the IS 500 F Sport is quick: Lexus says 0-60mph in just 4.5 seconds. For the performance on offer the F Sport is remarkably subtle, too, a proper Q car just when it seemed the genre had died out. The trademark stacked exhausts are a bit of a giveaway, but otherwise it’s a regular IS for those that don’t spot the new bonnet and Enkei wheels – perfect.

Of course, without an IS of any kind on sale in the UK anymore, there’s not a chance of the F Sport coming over here. Which is a shame, if understandable – Lexus would sell about nine. But those who like the idea of an IS with a rip-snorting V8 need not worry, because the old F is looking a more attractive used proposition than ever.

That’s because, while the Lexus might not have been quite as sharp to drive when new as its rivals from BMW and AMG, priorities change as cars get older. When you’re considering stuff which has been out of production for at least half a dozen years – and which have likely had a few owners, too – the appeal of Lexus’s meticulous build quality becomes hard to ignore. Both E90 M3 and W204 C63 aren’t exactly what you’d call fault-free; by contrast the Lexus has proved pretty tough. The PH Buying Guide verdict made that clear: “It’s affordable to buy and, fuel costs aside, cheap to run. Even high-milers will often still feel factory-tight. Lexus’s fine build quality and reliability should mean that you’ll be incurring few costs over and above those of normal consumables.”

This particular IS F is one of the last registered, a facelifted car on a 62-plate. The updated car, introduced in 2010, is worth seeking out as it brought a mechanical limited-slip diff to the package for the first time. It also introduced white leather to the options list, an extra the original owner of this silver example quite inexplicably went for.

Still, upholstery aside, there’s plenty to be encouraged by. The 56,000 miles are backed up with a full Lexus main dealer service history, the most recent MOT was passed with no advisories and all four Michelin Pilot Sport tyres are said to have three quarters of their tread.

At the moment, it is the only IS F in the classifieds, which shows just how rare they really were. By comparison there are three four-door, V8 M3s (and everyone says how scarce they are!) as well as 14 C63s of the same era. The Lexus is for sale at £24,950, which is about comparable with the Germans: both this C63 and M3 are £25k, albeit with slightly fewer miles than the Lexus. Potentially the F’s smaller production run might help its residuals in the long run; even if it doesn’t, though, its array of talents is sufficient for it to still merit consideration alongside the obvious alternatives. Much as, you would have to assume, the IS 500 F Sport will do in the US – the lucky devils.

Extra from Murray, and this time it’s the racing model of the T.50 supercar