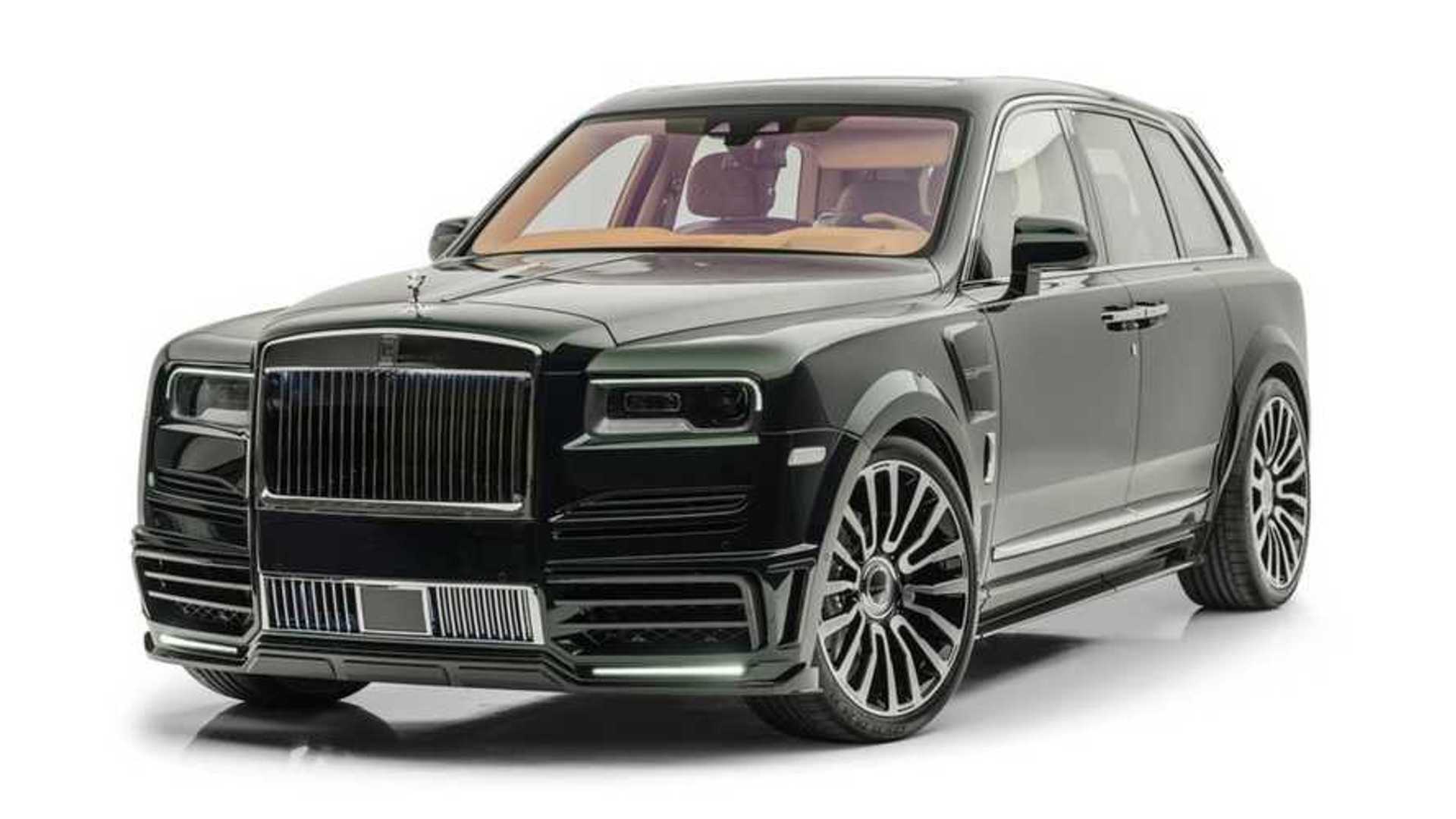 Controversial tuner Mansory first got its hands on the Rolls-Royce Cullinan about a year ago when it launched a questionable package for the world’s most opulent SUV. It’s now back with a new take on the first high-riding model from Goodwood, and suffice it to say, this is another polarizing kit. Dressed in British Racing Green and fitted with a widebody package, the extravagant luxobarge is an ode to excess.

The Cullinan is anything but sporty, and yet Mansory decided to slap on quad exhaust tips and a chunky roof spoiler, not to mention some fake vents on the rear pillar. At the front, there’s an illuminated grille as the tuner likely took inspiration from the latest-generation Ghost, Rolls-Royce’s first car to have a light-up grille. Extra LED daytime running lights at the bottom of the custom front bumper were added as well.

The interior is a cow’s worst nightmare as virtually all surfaces have been covered in leather. The other predominant material used throughout the lavish cabin is wood, visible on the dashboard, both front and rear center console, door cards, and on the rear-seat divider. Getting back to the leather, it has an intricate wave-like pattern on the doors where it swaps out the cream finish for a white look.

The end result is fitting for Mansory, which also worked on the Cullinan’s massive V12 engine. The twin-turbo 6.75-liter now pushes out 601 horsepower and a whopping 700 pound-feet (950 Newton-meters) to eclipse even the Black Badge version when it comes to torque. Despite its colossal weight, Rolls-Royce’s SUV now hits 62 mph (100 km/h) in five seconds and maxes out at 174 mph (280 km/h).

It’s always interesting to see an ultra-high-end vehicle being taken to an aftermarket specialist considering Rolls-Royce already offers almost endless customization possibilities. Maybe the person who bought this Cullinan wanted to try out something fresh or the SUV changed hands recently and the new owner got in touch with Mansory to radically change its look. Either way, the end result is truly striking, though not necessarily in a good way.

2022 Ford Maverick: What We Know Concerning the Compact Truck

What Makes the Audi E-tron GT So Irresistible?