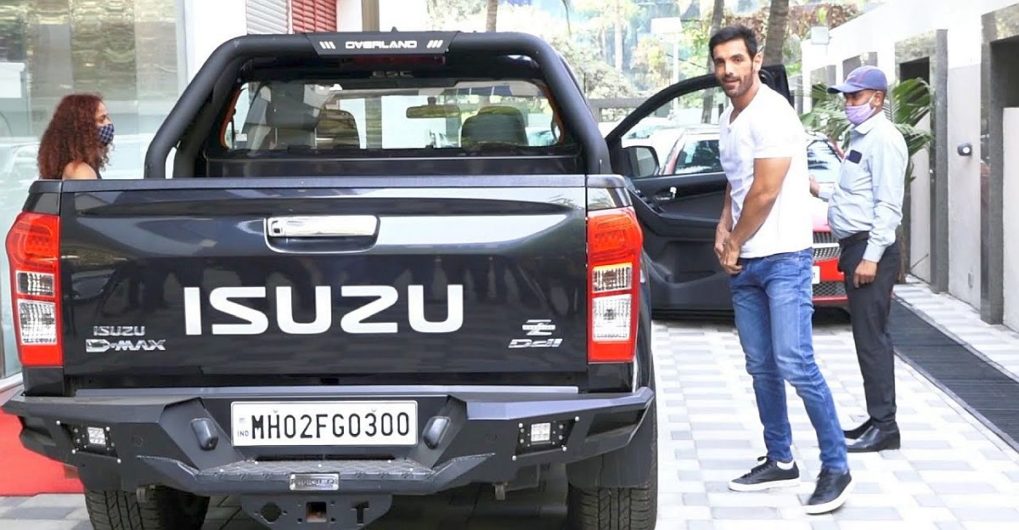 It is a well known fact that Bollywood actor, John Abraham is an automobile enthusiast. He has a garage filled with superbikes and also loves SUVs. Unlike many other actors in Bollywood John Abraham has a very unique looking garage. He has supercars like Nissan GT-R and had Lamborghini Gallardo and also owns an Audi Q7. Apart from these SUVs and supercars he also owns an Isuzu V-Cross lifestyle utility truck and was recently spotted with this SUV. It is probably the first time, John Abraham has been seen in his Isuzu V-Cross. There are two videos – in the first one, he is seen driving the V-cross probably from his home and in the other video, he is seen arriving at a venue in his V-Cross.

Isuzu V-Cross is actually a very unique car. It is probably the most popular lifestyle pickup truck in India. Several manufacturers like Mahindra and Tata had launched such models in the market but, it never grabbed buyers attention for several reasons. Isuzu V-Cross on the other hand became quickly popular for its dominating looks, decently loaded cabin, of-road capabilities and space. Isuzu V-Cross is a popular vehicle in the enthusiast community and we are probably seeing one with a Bollywood celebrity for the first time. 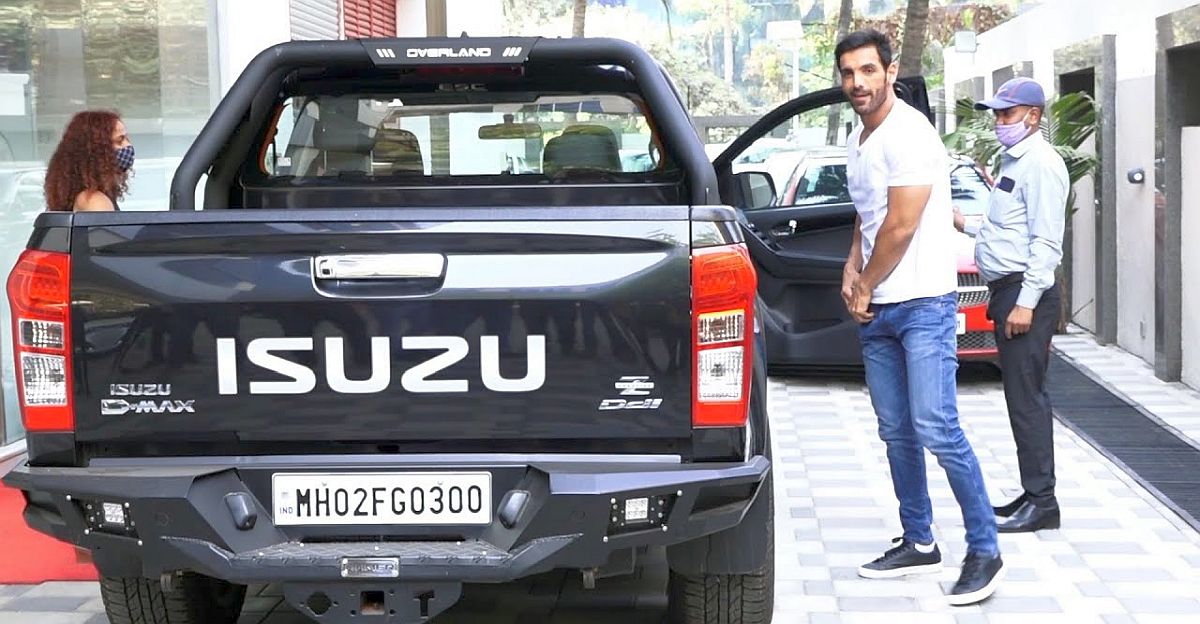 John Abraham’s Isuzu V-Cross has some modifications done to it. The stock bumper at the front and rear are both replaced for aftermarket off-road friendly units. This minor modification has totally changed the look of the truck. The wheels on his truck are also different. He has replaced the stock alloy wheels with multi-spoke all-black alloy wheels. We could not spot  any other change on the truck from these videos.

The one seen in the videos is a 2019 model V-Cross which is slightly more premium and butch looking in comparison to the one launched in our market initially. This the top-end the line High+ trim which comes with a 2.0 litre turbocharged diesel engine that generates 147 Bhp and 350 Nm of peak torque. This is a proper 4×4 pickup truck and it is mated to a 6-speed automatic transmission. Isuzu recently teased the upcoming BS6 version of the Isuzu D-Max V-Cross SUV on their website. In terms of design, it is expected to look more or less like the current version but, under the hood it is expected to get a new 1.9 litre engine which will be a replacement to the 2.5 litre turbo diesel engine which is available with some of its variants. 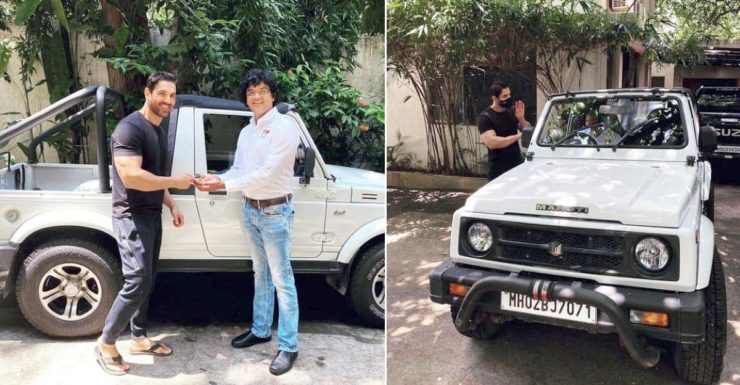 Along with cars and bikes John Abraham, John Abraham also has a soft corner for animals and is involved with an animal welfare NGO. he has been involved with the NGO for almost 5 years and last year he donated his Maruti Gyspy SUV to the NGO for animal rescue, treatments and transporting medical logistics between Mumbai and Kolad. Like his other vehicles in the garage, Gypsy was also well maintained and the actor has been spotted in this SUV several times. Apart from these cars, John also owns superbikes like Suzuki Hayabusa, Aprilia RSV4, Yamaha YZF-R1, Yamaha V-Max, Kawasaki Ninja ZX-14R, Ducati Panigale V4, and MV Agusta Brutale 800.

What is the BMW Remote Theft Recorder?

I’m not driving an electric car to California. Give me a plug-in hybrid